The Christ Temple Baptist Church began as a storefront mission in the year of our Lord, nineteen hundred and fifty. This mission was located at 7 Washington Street in the city of Paterson, New Jersey.

The Rev. Freddie Roberson, after being contacted by Mother Lucy Watkins, accepted the request to assist with the development of this new ministry. After accomplishing the necessary tasks to develop a ministry, Rev. Roberson preached his first sermon in the storefront mission on December 30, 1950. Charter members of this ministry were: Mrs. Ada Mackey, adult; and Mattie Watkins (Way), Ruth Booker (Brown), Mary Booker (Deshazor), Mozell Reed, Lula Reed (Elam) and Paul Watkins, all children.
‍
The Rev. Freddie Roberson, with the Lord’s guidance, called a meeting on March 3, 1951 to officially organize a church. The Rev. T.H. Alexander, pastor of the Union Baptist Church, Passaic, moderated that meeting. During the meeting, the mission was officially named Christ Temple Baptist Church. Those in attendance unanimously consented to name Rev. Freddie Roberson as their pastor. Christ Temple received its Certificate of Incorporation and Charter on March 30, 1951 and the Charter was filed in the Paterson City Clerk’s office on April 2, 1951. Rev. T.H. Alexander continued to assist Christ Temple in performing sacerdotal functions until Rev. Roberson was ordained.

Rev. Freddie Roberson and his devoted wife, Mrs. Bessie Roberson were extraordinarily led by God to minister in the Paterson community producing a great expansion of Christ Temple’s membership. Within a short period of time,  Christ Temple relocated to 96 Water Street.  During its stay on Water Street, the church organized its first Deacon and Deaconess Boards, Trustee Board, Missionary Circle, Senior and Junior Choirs, Junior and Senior Usher Boards, Men’s Club, Pastor’s Aide, Florist Club, Helping Hand Club, the Sunday School and the B.T.U. (Baptist Training Union).  The congregation continued to increase rapidly, prompting yet another move on October 21, 1962 to 52-54 North First Street in Paterson. While at this location, the pastor and congregation initiated plans to enlarge the sanctuary, develop off-street parking, install air conditioning and introduce other conveniences.
‍
After almost twelve (12) years of worshipping at the North First Street location, Christ Temple, once again, found its facilities lacking in the space needed to accomplish church activities. This need was addressed by marching into its current home at 36-38 Hopper Street on September 22, 1974. This building offered a beautiful edifice with an accommodating sanctuary, a parsonage and facilities for an active congregation. By the grace of God and the dedicated efforts of the pastor, boards and congregation, the mortgage on this building was burned ten (10) years later in 1984.
‍
Having faithfully served the Christ Temple Baptist Church for over thirty-seven (37) years, the Rev. Freddie Roberson was called from labor to reward on February 6, 1988, leaving the church without a pastor for the first time in its existence. Following a period of mourning, the church moved at a rapid pace to acquire a shepherd for its flock.

It was evident that God’s divine providence was at work throughout the life of the Christ Temple Baptist Church.  As the congregation marched into its current location on September 22, 1974 in Paterson, New Jersey, Gregory Carlton Turner was preaching his initial sermon in Baltimore, Maryland at the tender age of seventeen (17). God was already preparing a young servant to continue the rich heritage of Christ Temple.

The Rev. Dr. Gregory C. Turner was extended the invitation to preach his first sermon and conduct his first Lord’s Supper in Christ Temple on Sunday, October 2, 1988.  At the request of the congregation, Dr. Turner served them on two additional occasions.  By a majority vote, the congregation voted to extend to Dr. Turner the call to pastor the Christ Temple Baptist Church in March of 1989.  Dr. Turner conducted his first service as Pastor-Elect on Easter Sunday, March 26, 1989 and was officially installed as Pastor on May 21, 1989 with the support of his committed wife Mrs. Denyse H. Turner and their loving children Shaunda Carlise and Sean Darnell-Carlton.

In July, 1989, the first ministry for Senior Citizens was established; in August, 1989, the Youth Transformation Ministry was founded and in September, 1989, the Paterson Uplift Project and the Media Ministry was conceived. The church, through its spiritual leadership, has incorporated numerous other ministries to expand its service and care to its members and the community such as, a Thanksgiving Outreach program to needy families, a Social Services ministry, a Mid-Week Worship experience, Nursing Home evangelism, and a Prayer Band. Additionally, in 1993, the church licensed its first female preacher and elected its first female Trustees in 2000.

After over 26 years of compassionate leadership, Dr. Gregory C. Turner was called home to glory on November 22, 2015. This was the second time that the church was without a pastor. At this time, the church went through a period of mourning.

Shortly after beginning as a mission, the newly chartered Christ Temple Baptist Church expanded to 96 Water Street, Paterson, N.J. The Water St. location organized the first church groups and boards including the Deacon and Deaconess Boards, Trustee Board and Senior and Junior Choirs.

The expanding membership of Christ Temple Baptist Church prompted another move in 1962 to 52-54 N 1st St. This became the second active home of the church. 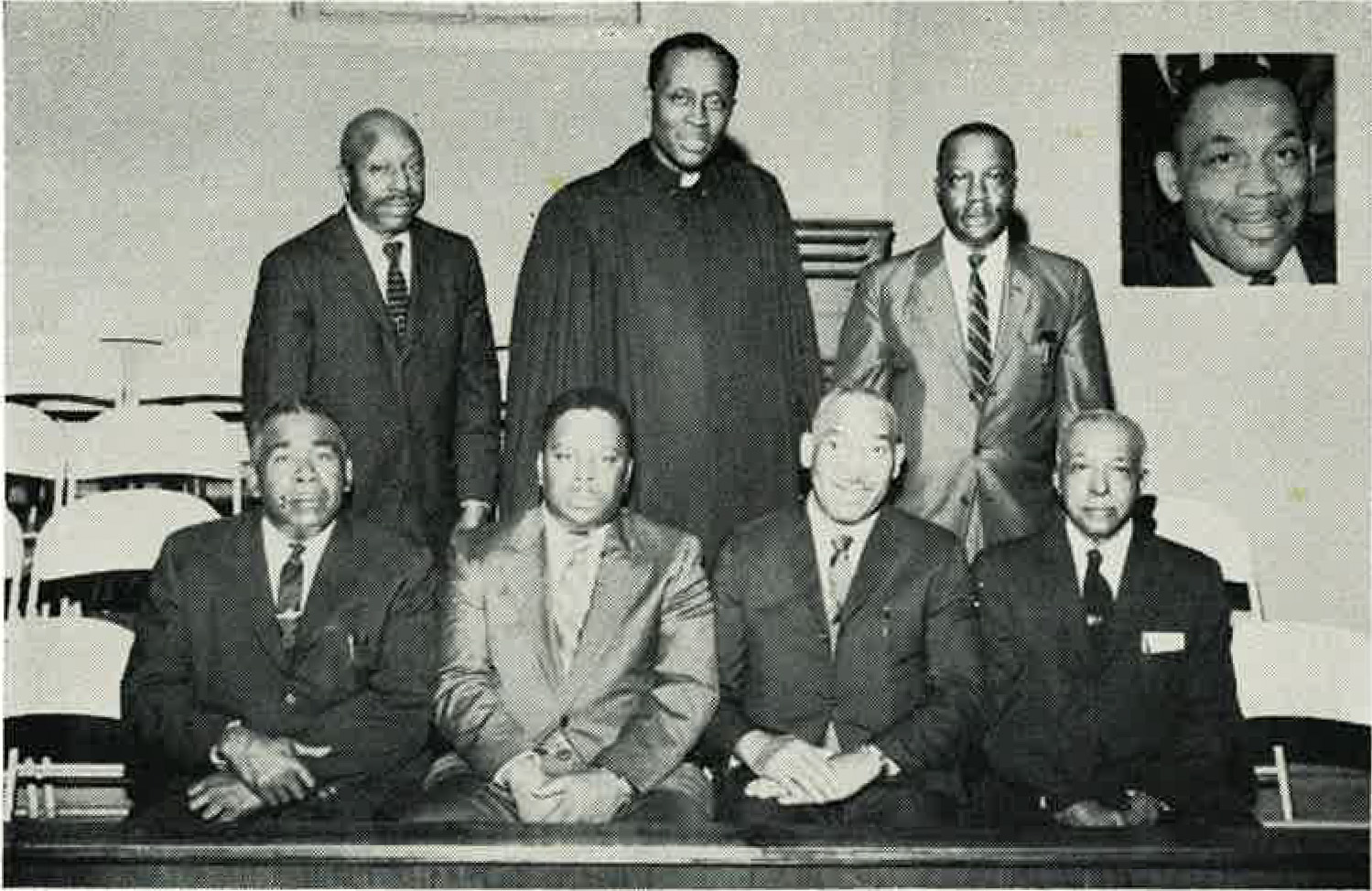 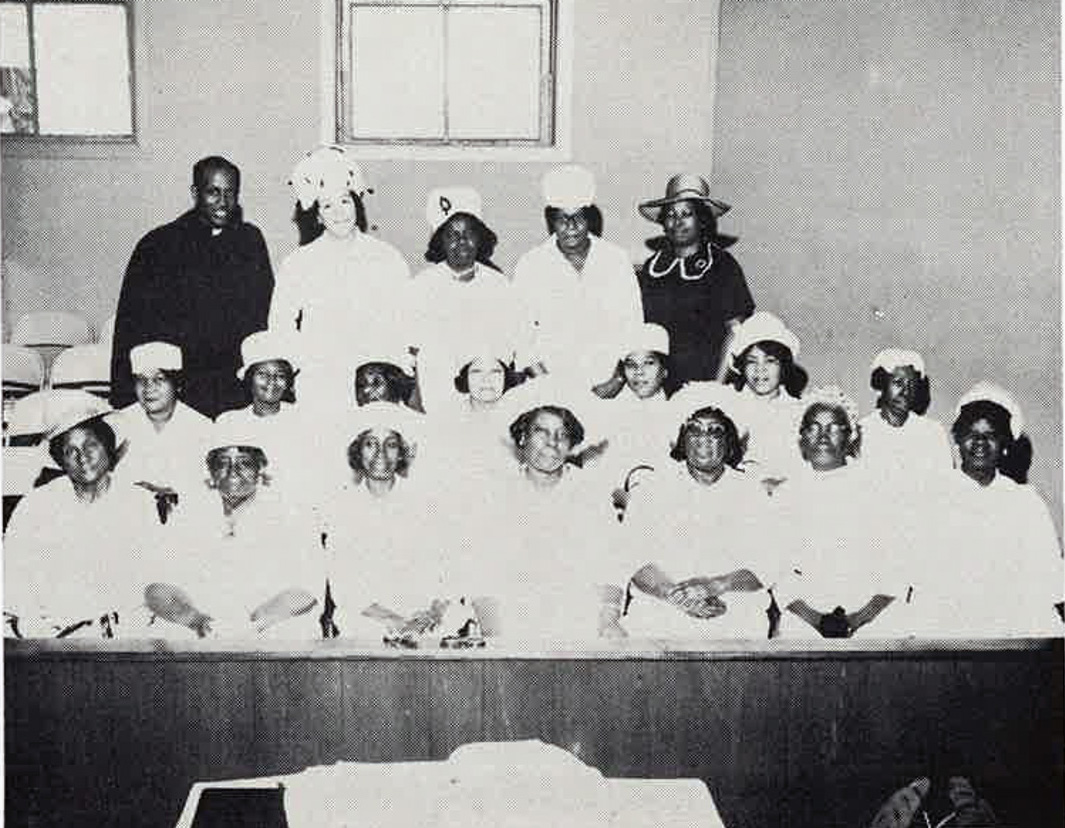 Senior Missionary Board with Reverend Roberson 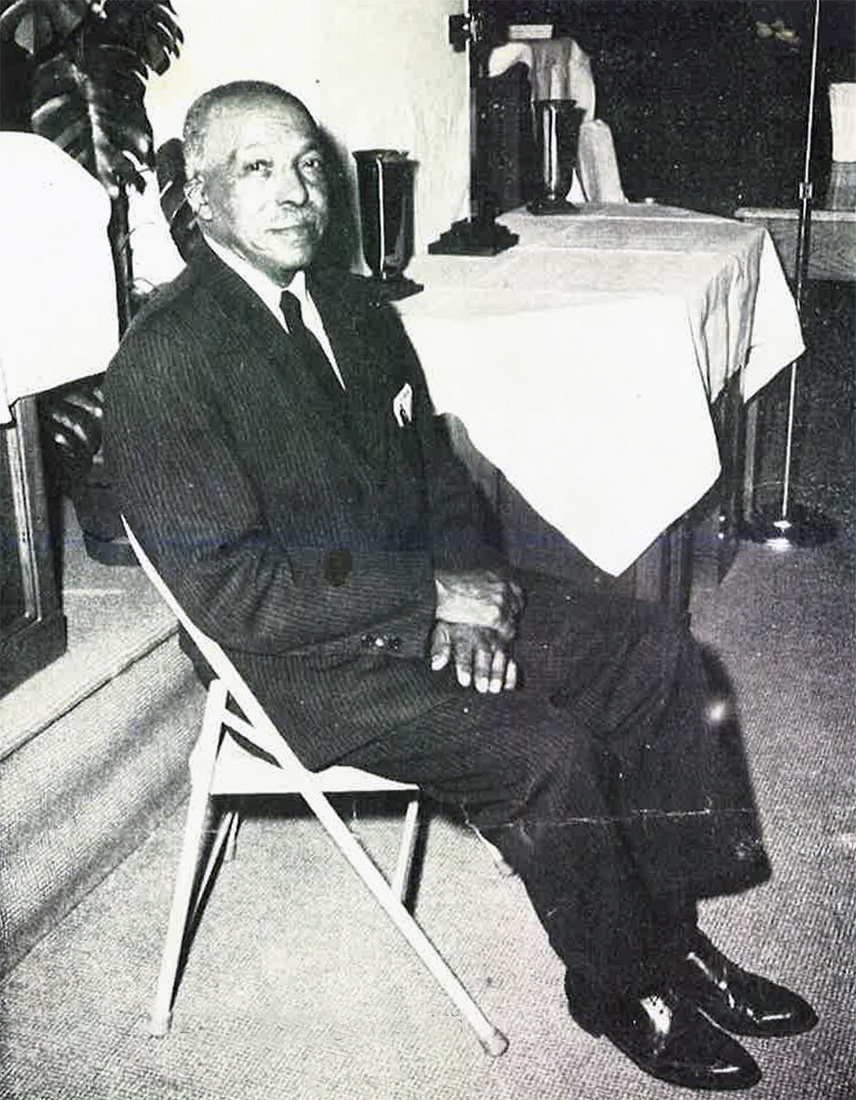 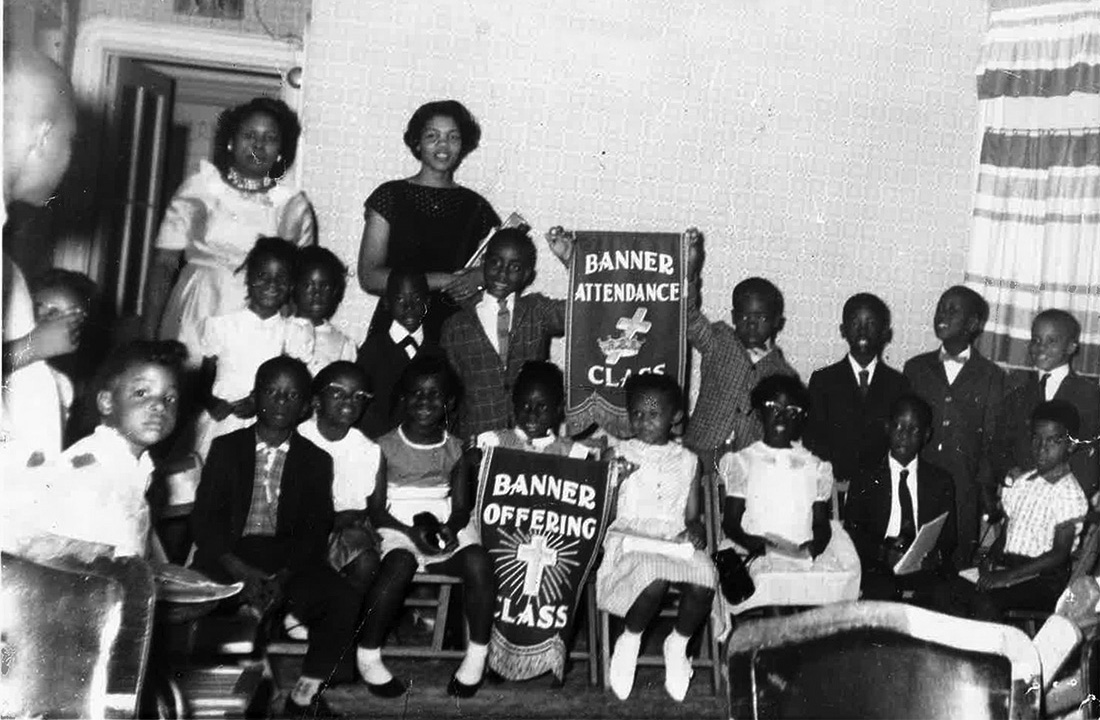 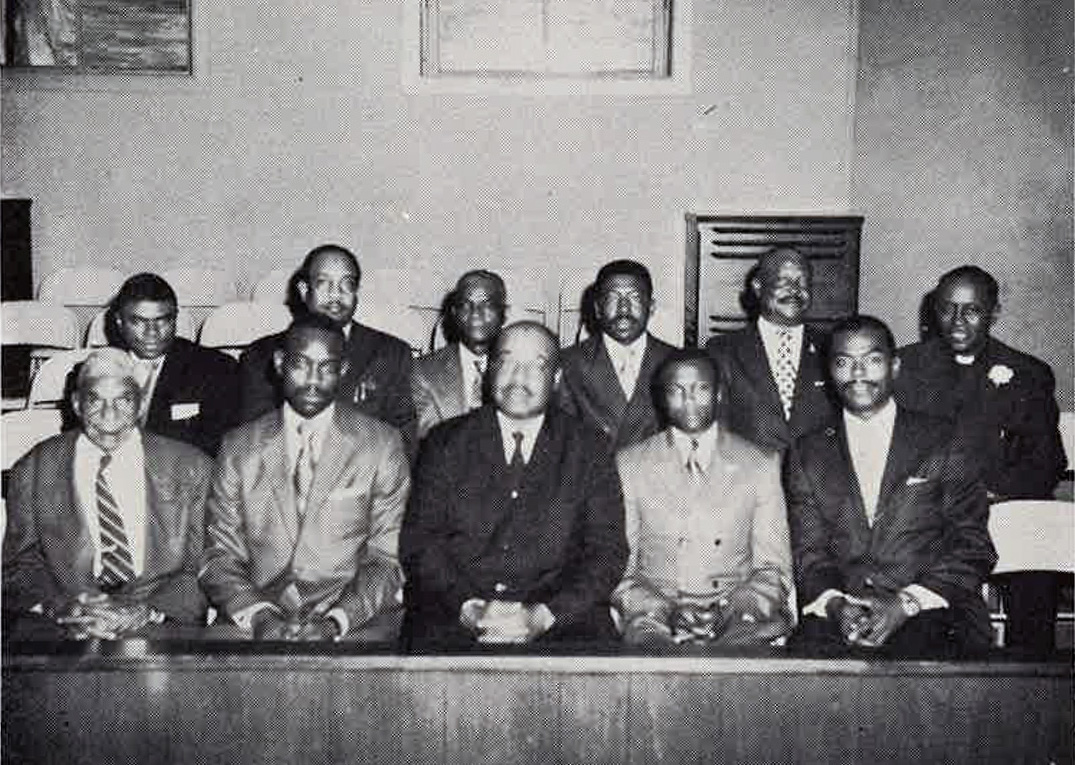 Board of Trustees with Reverend Roberson 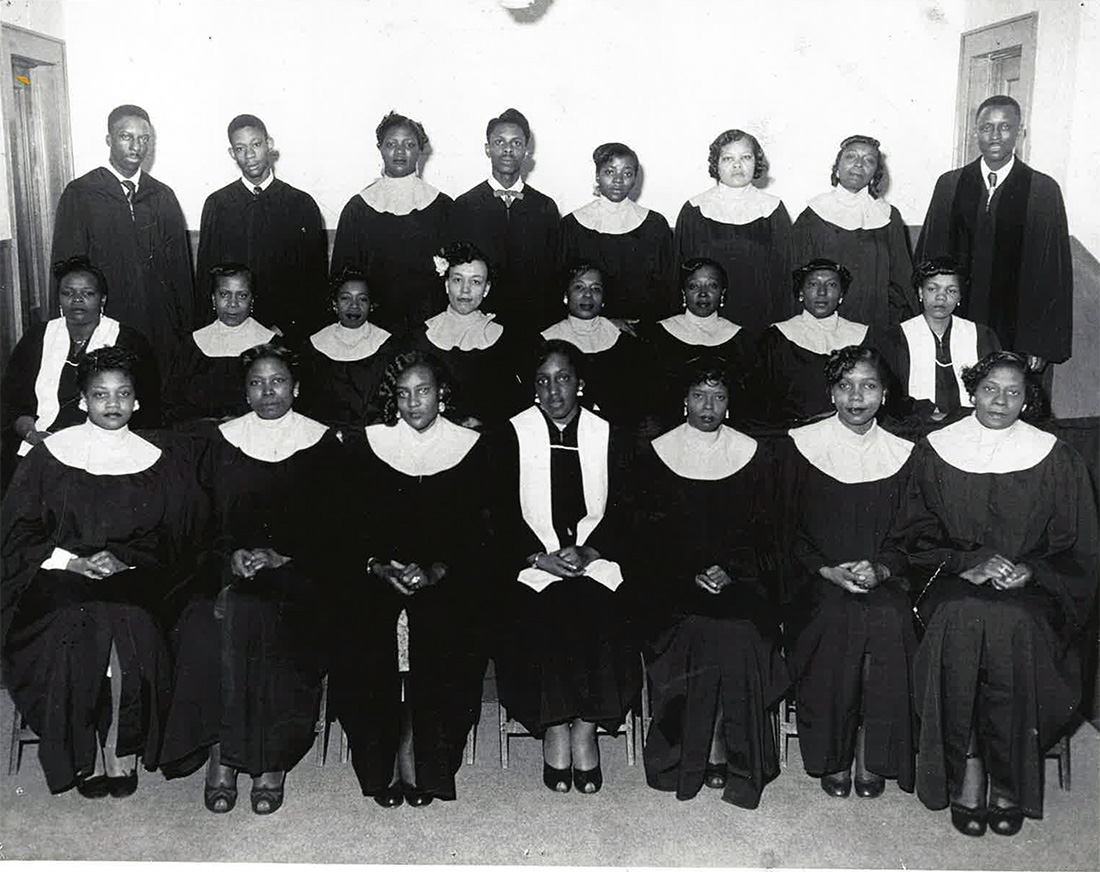 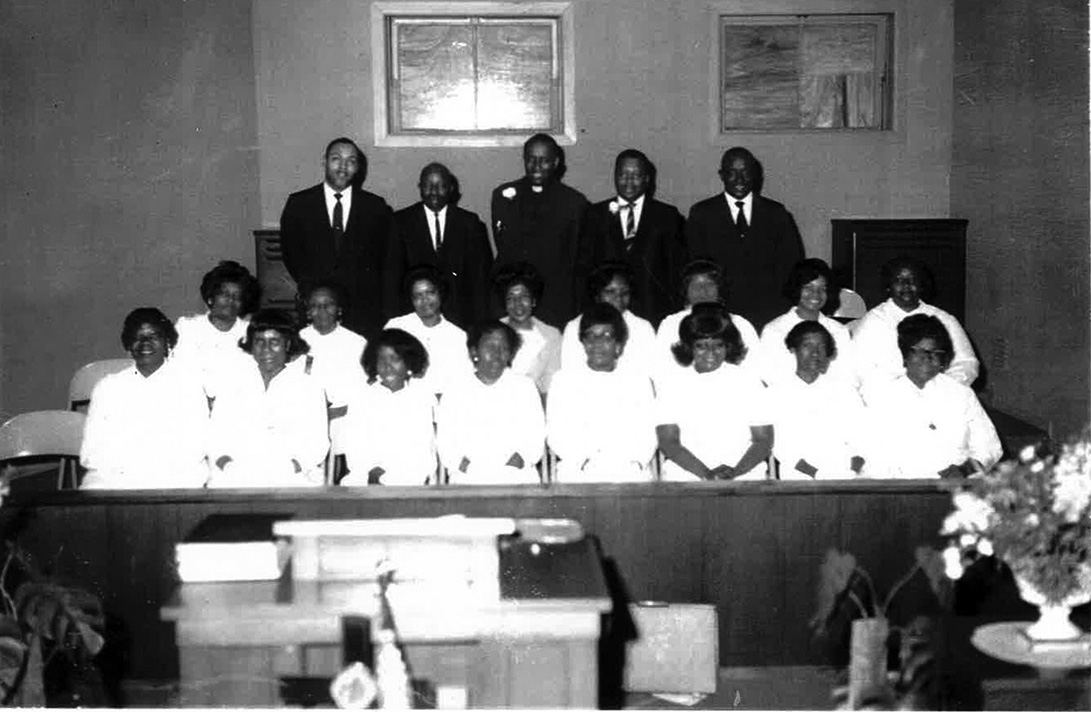 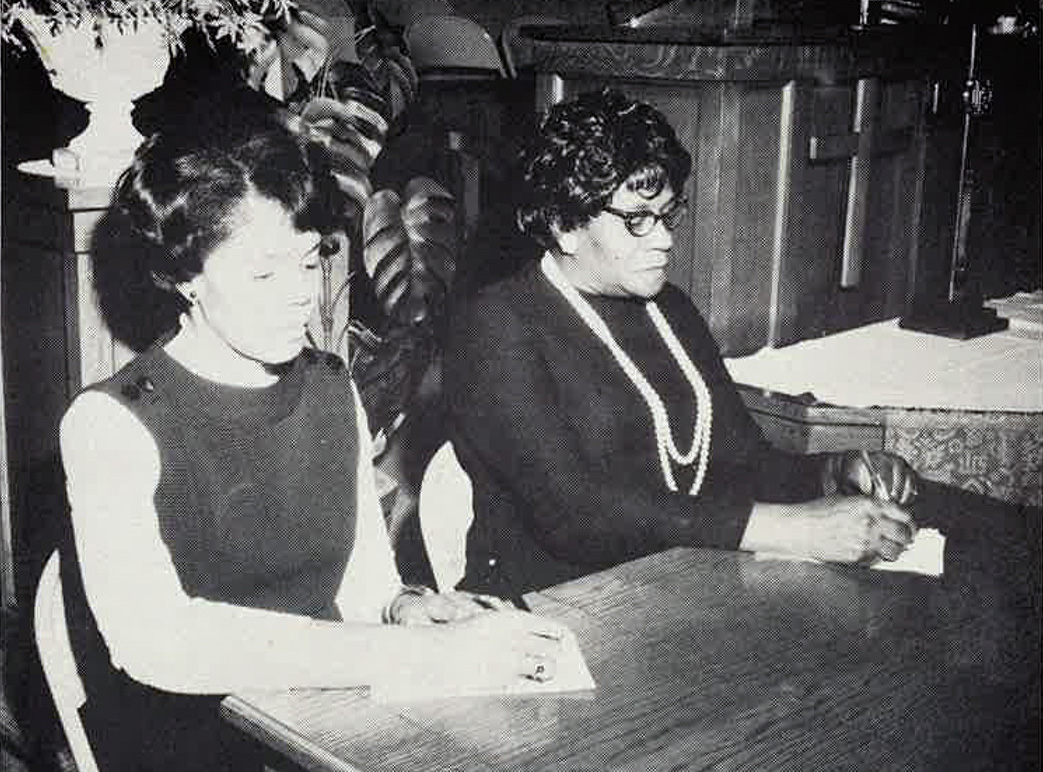 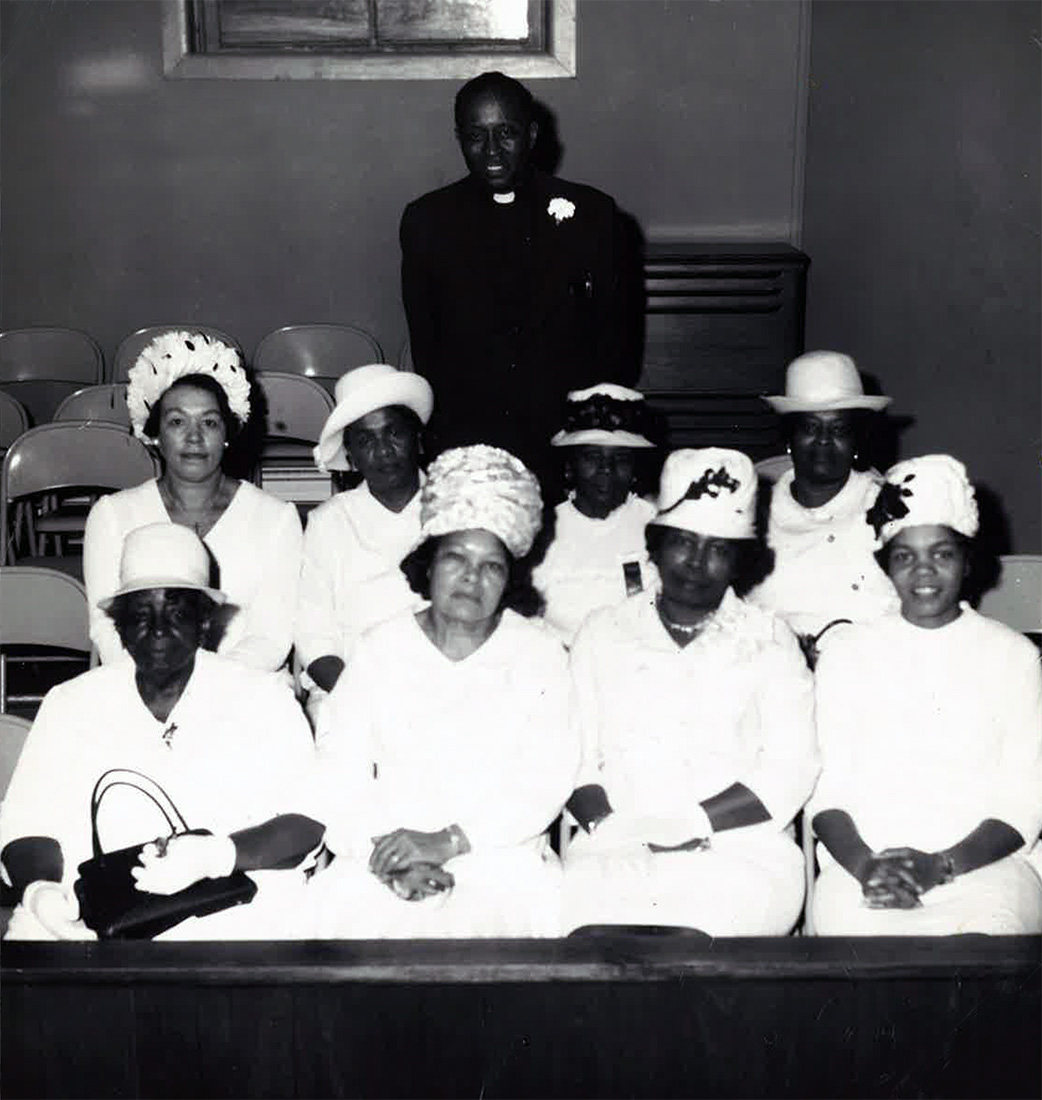 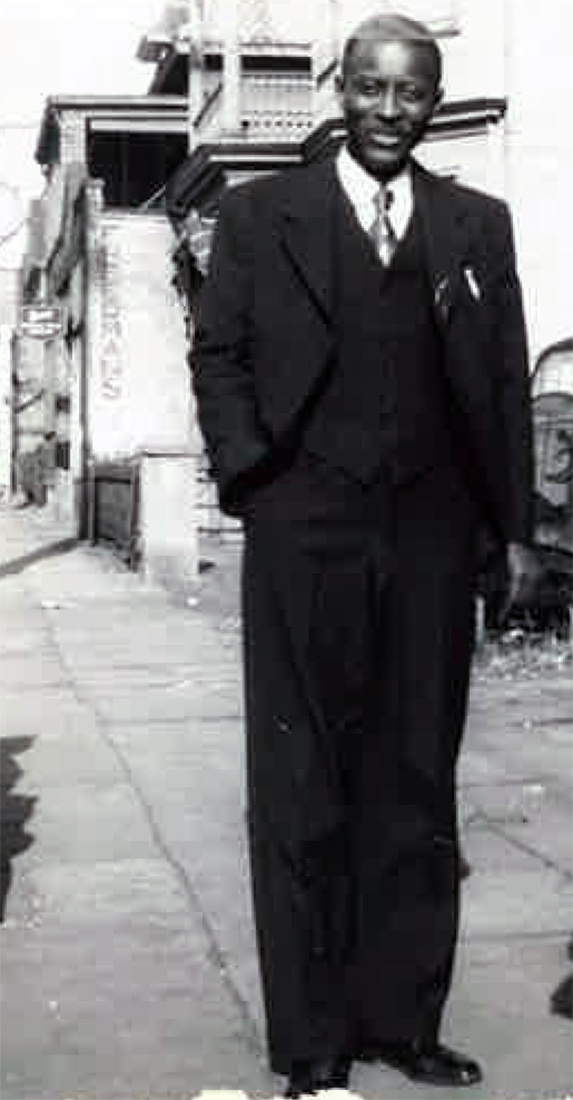 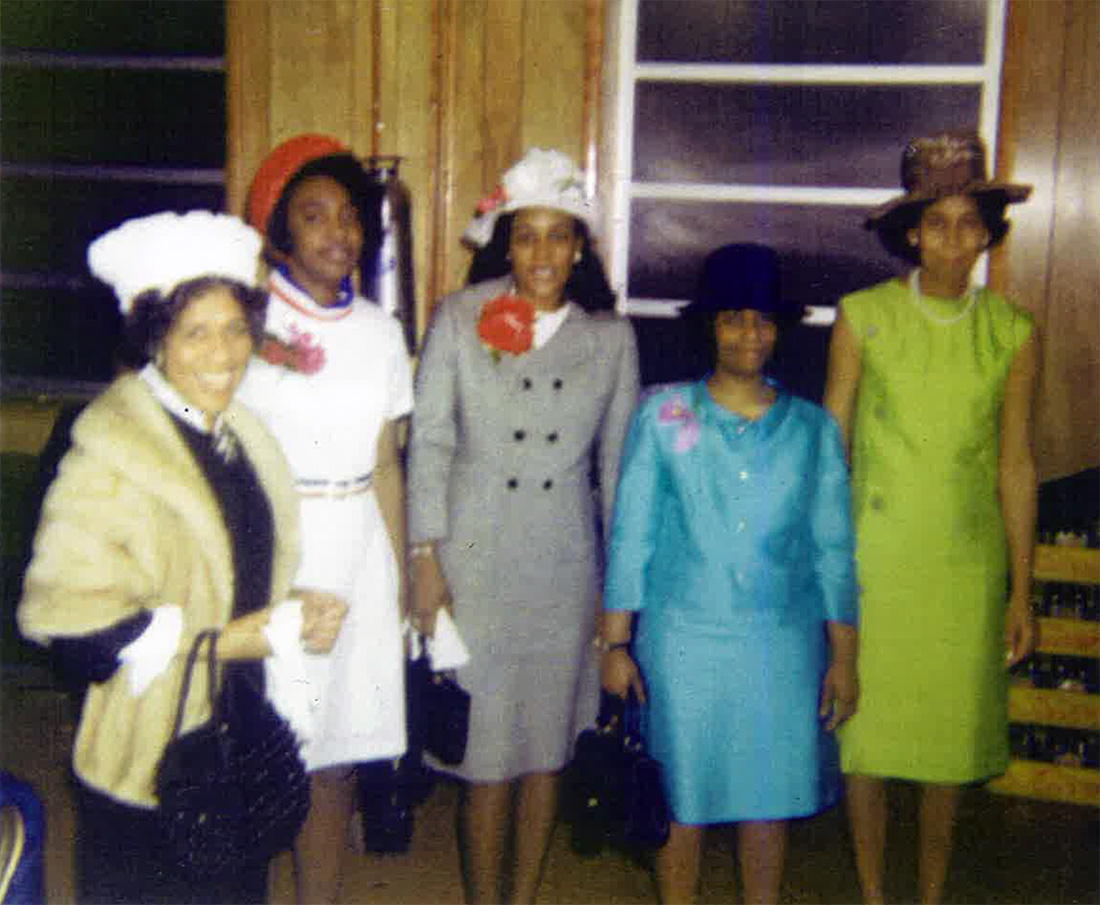 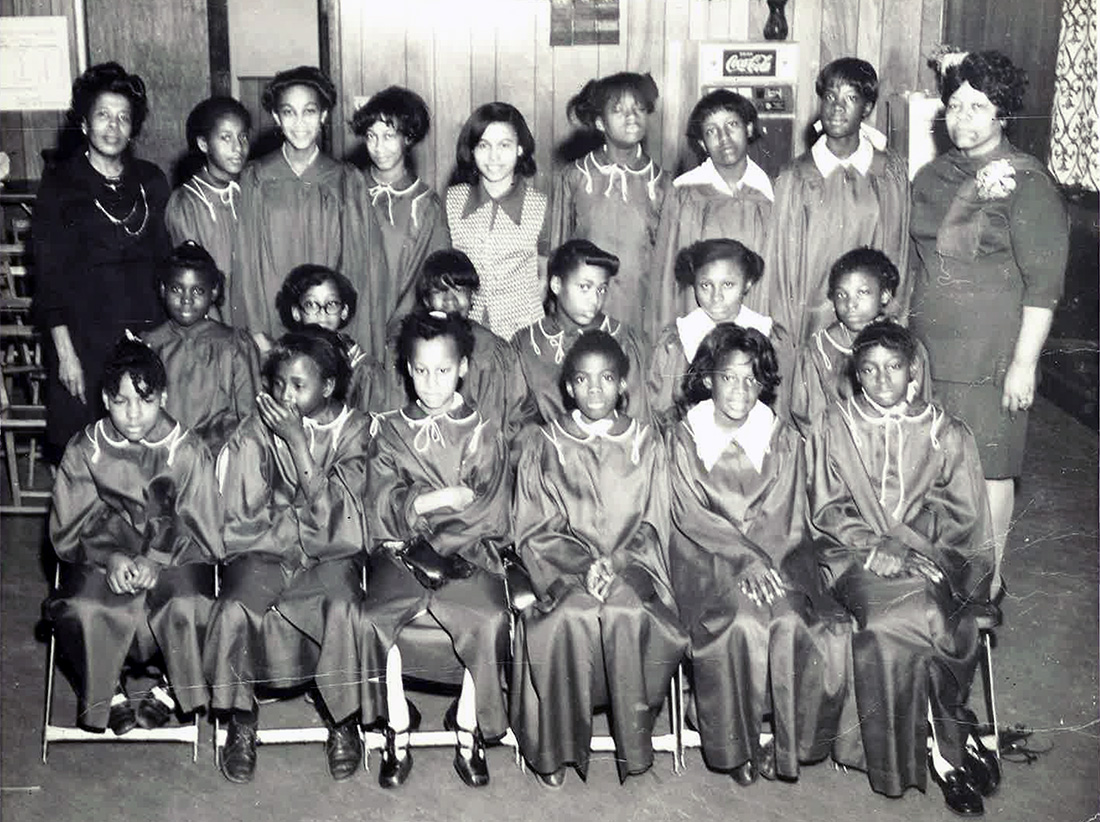 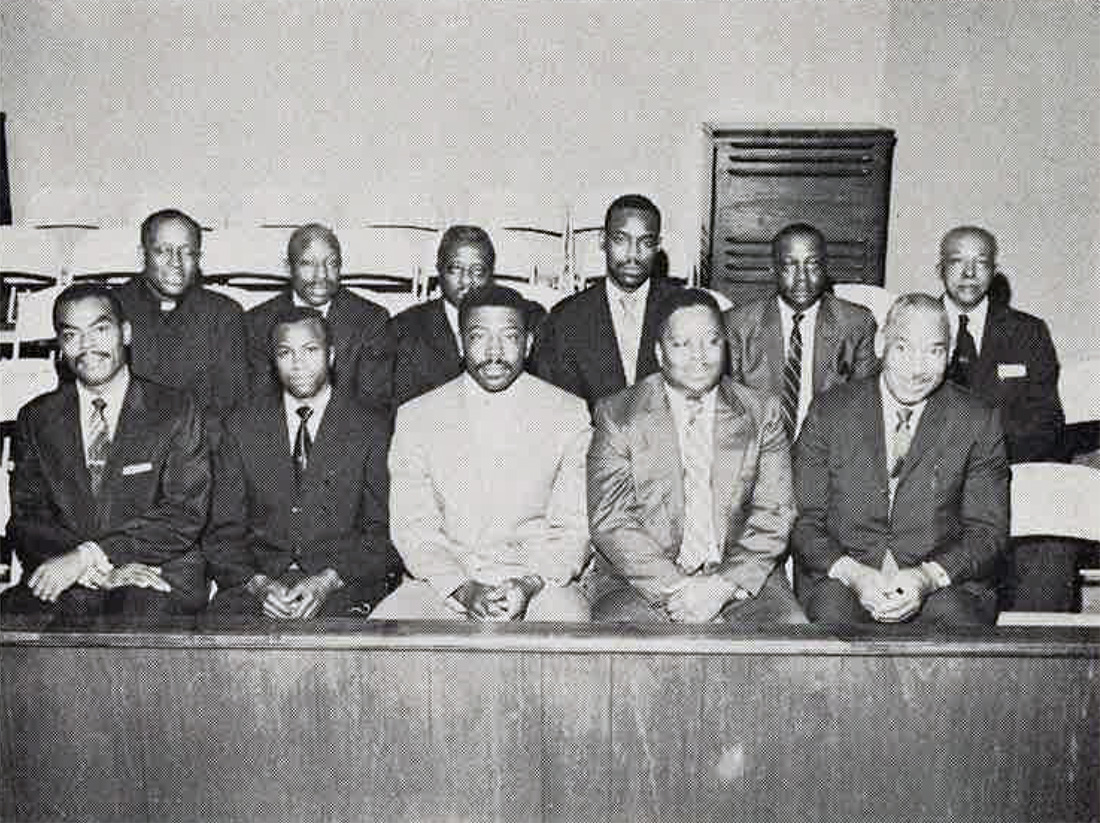 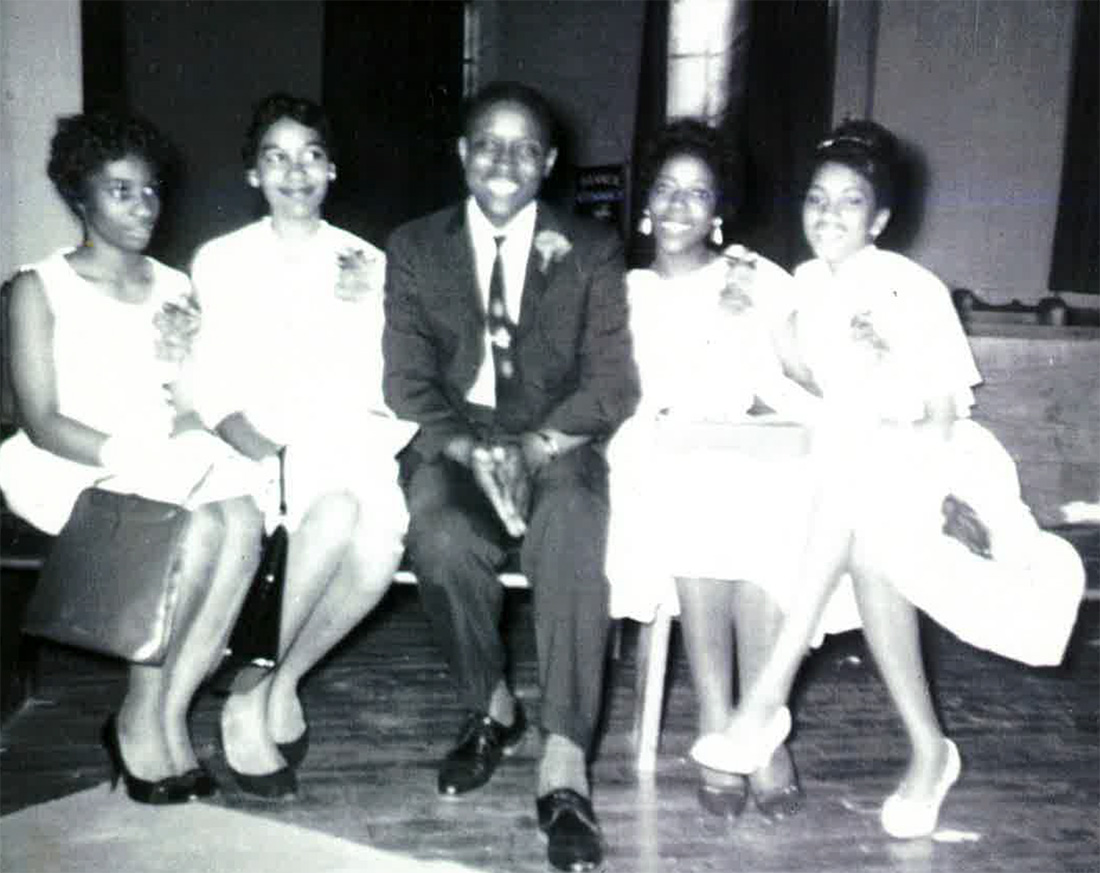 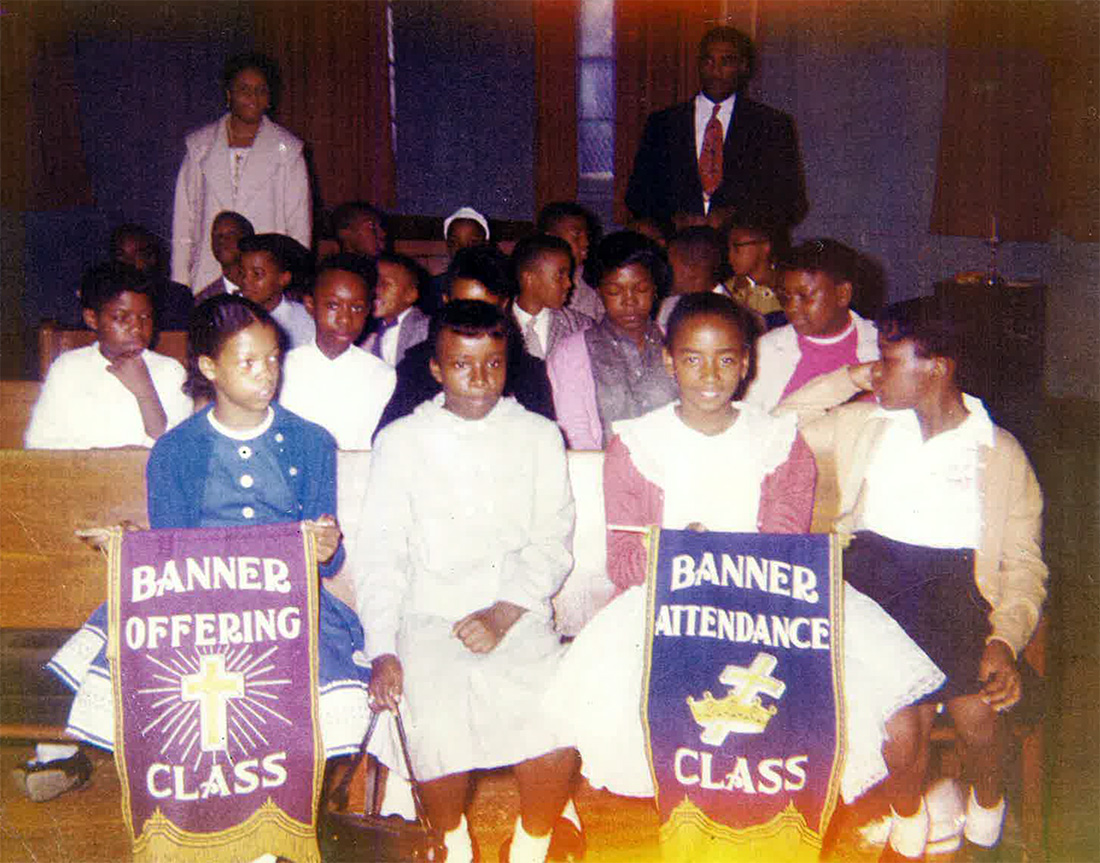 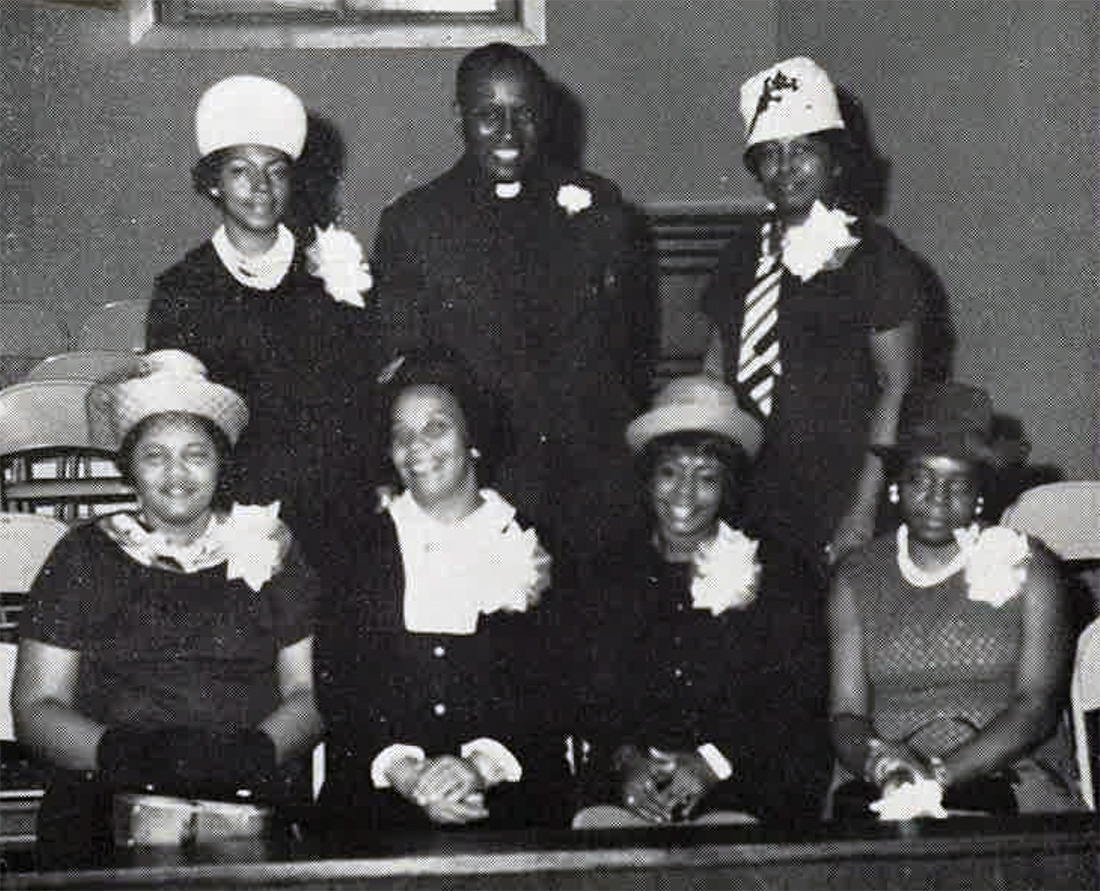 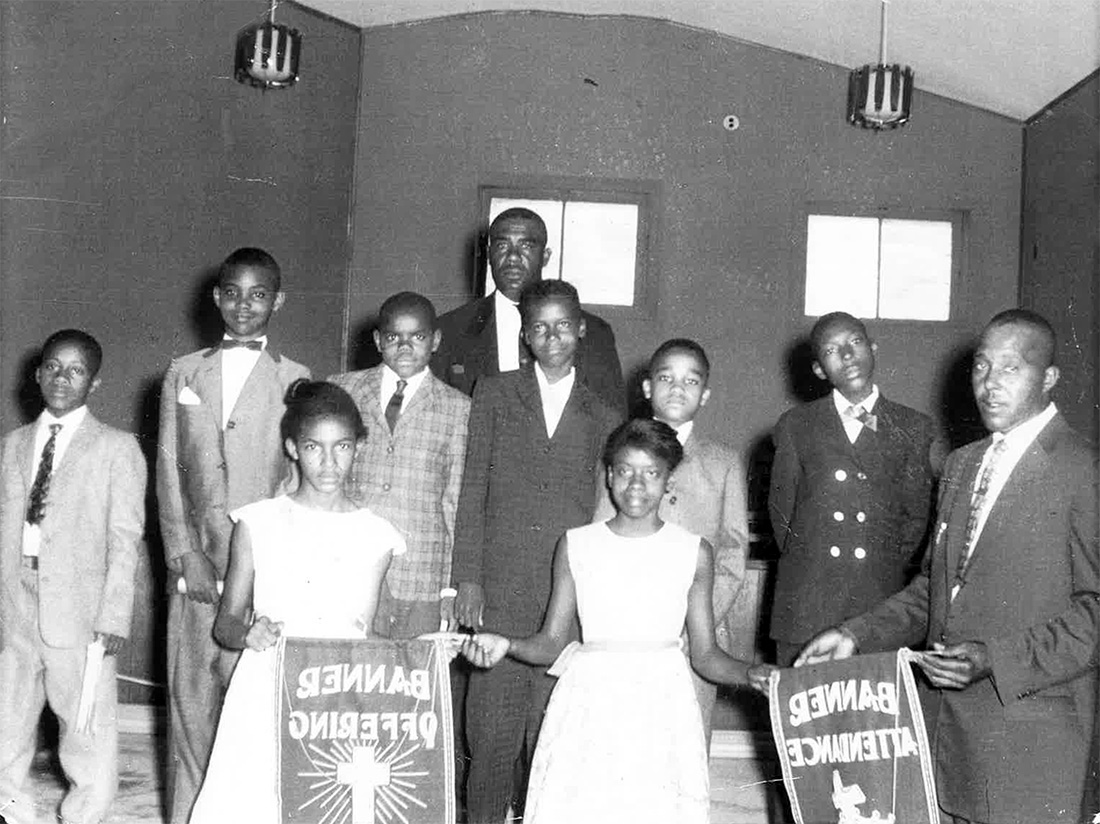 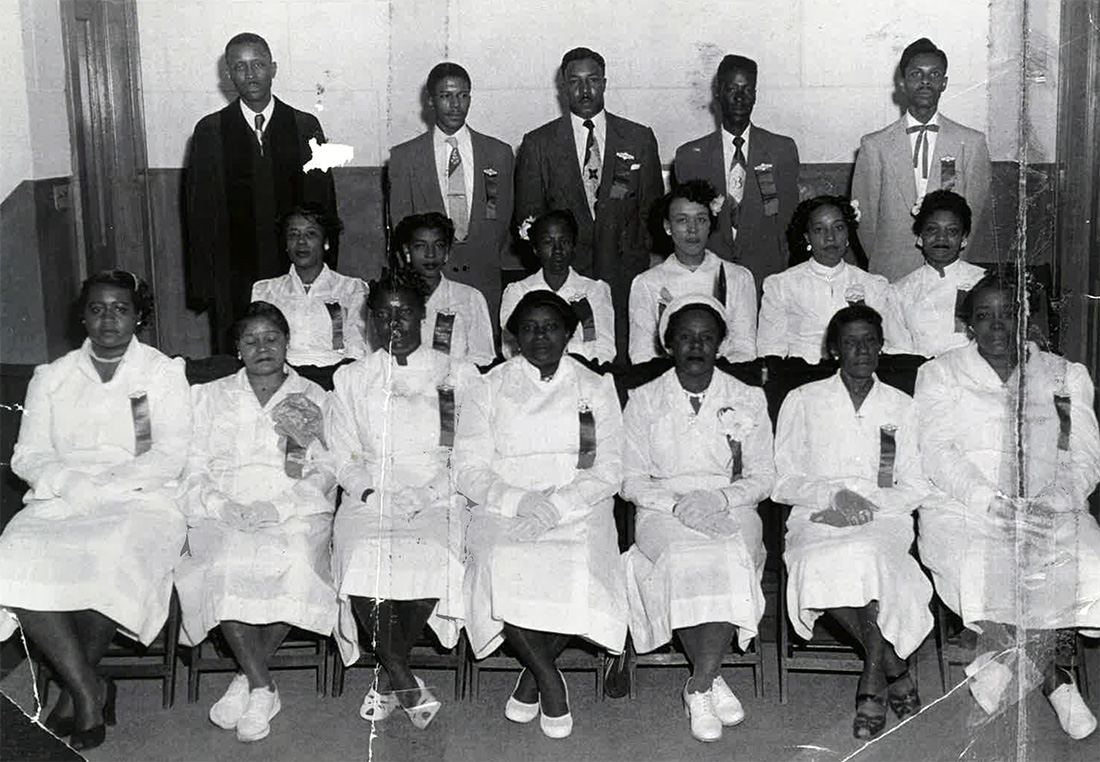 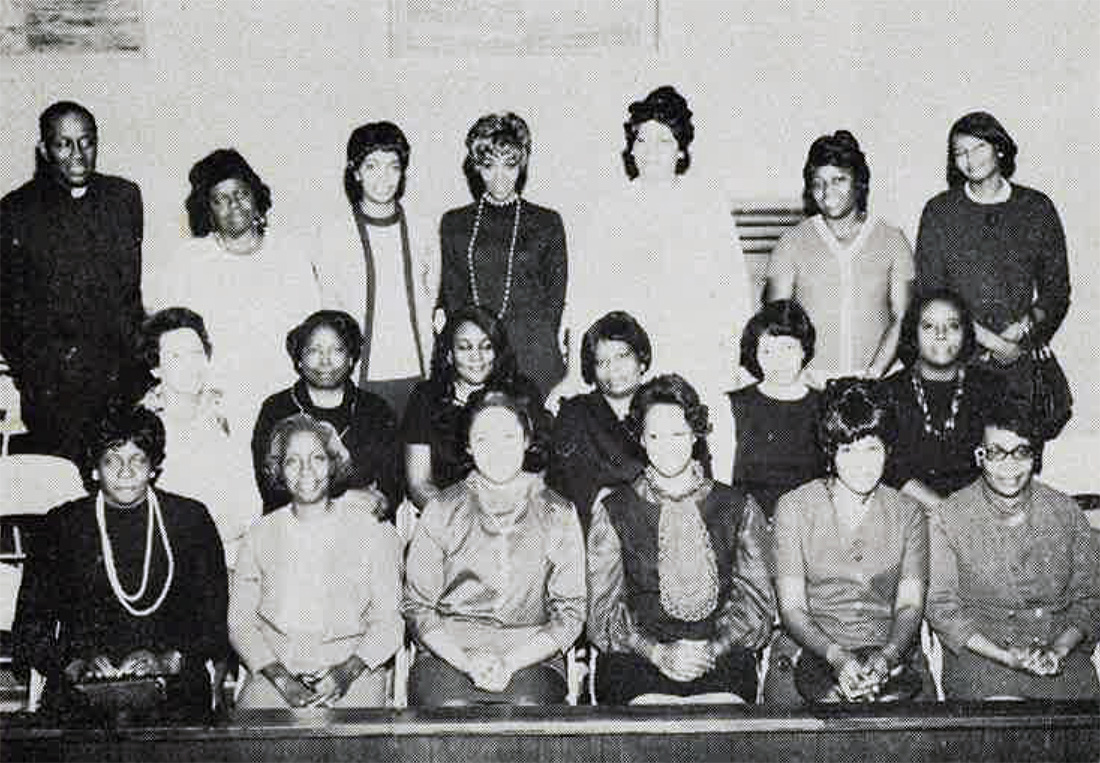 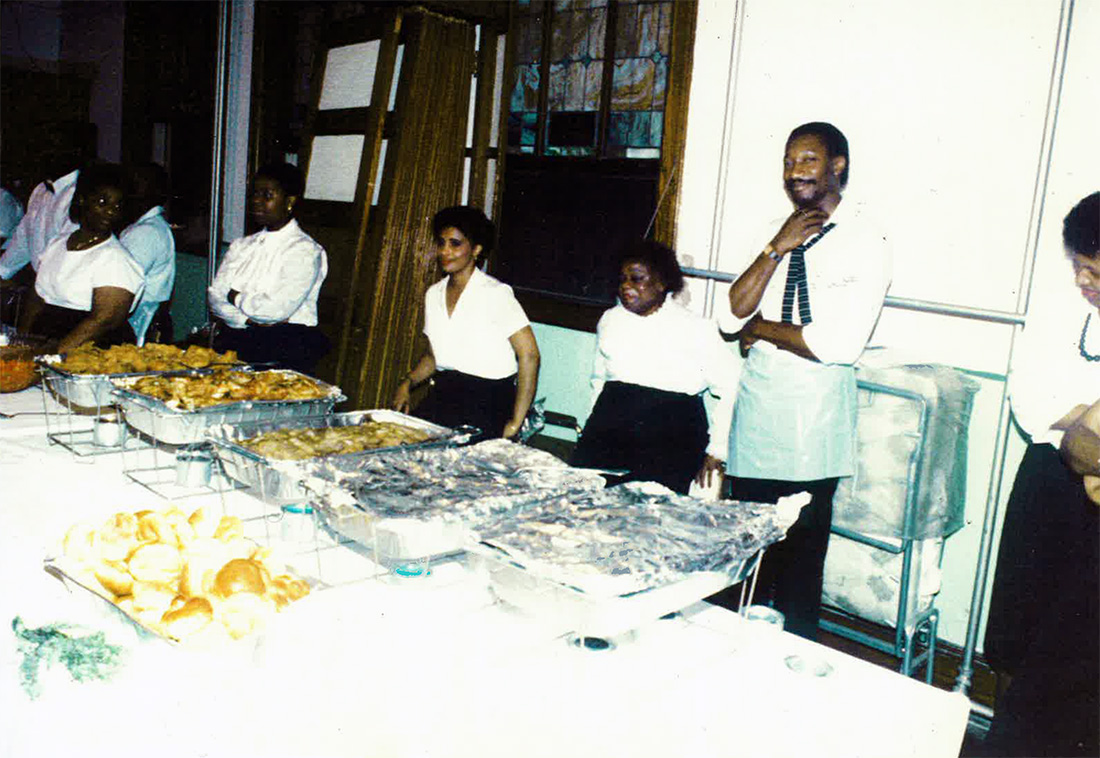 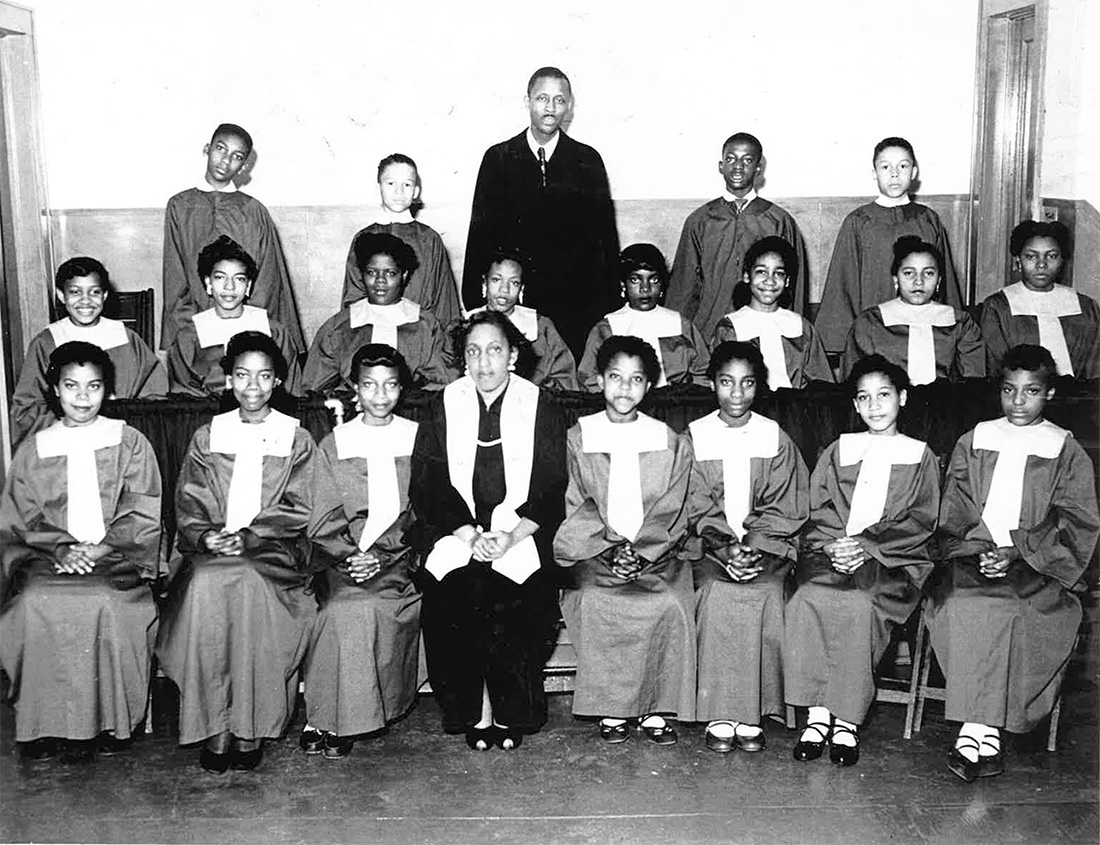 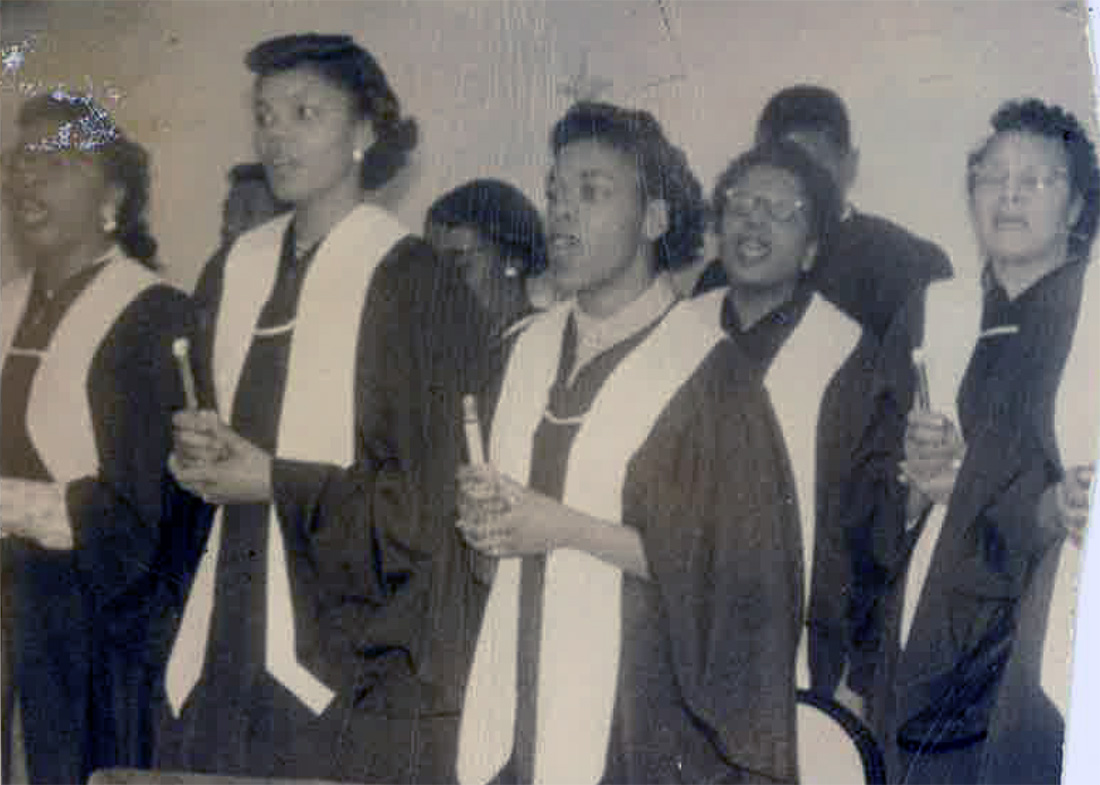 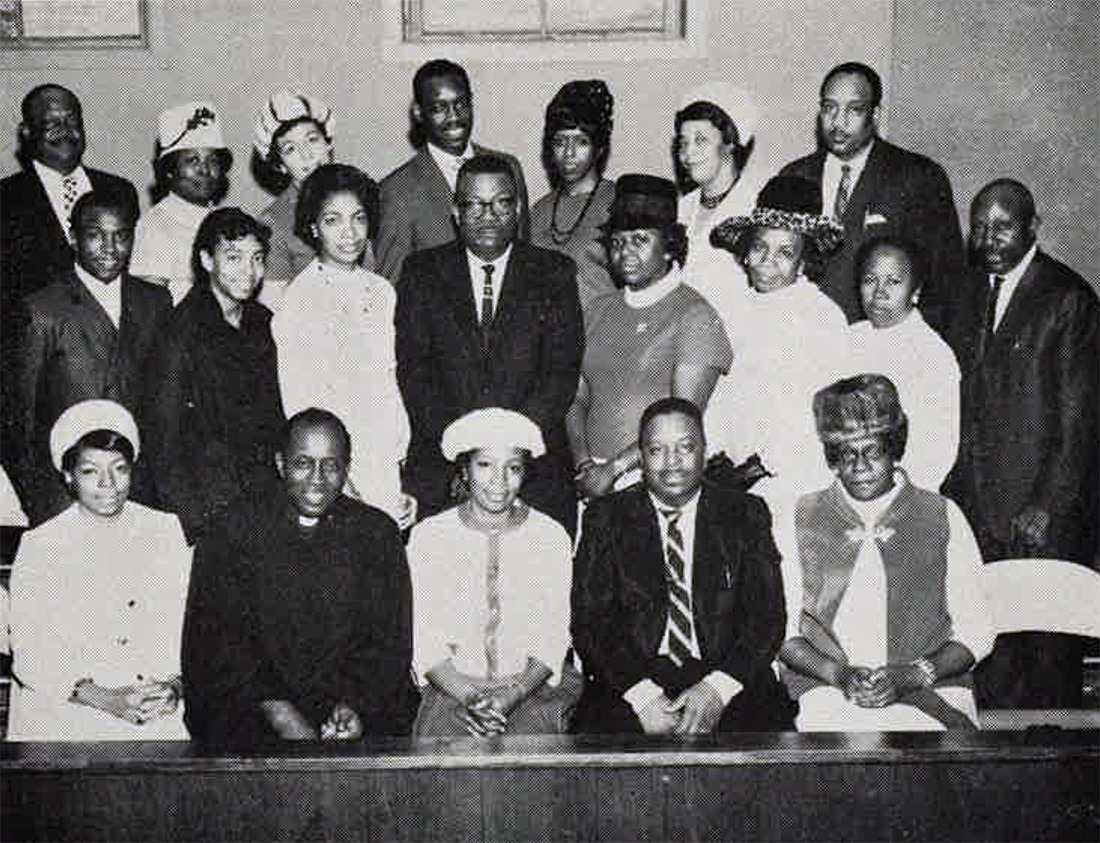 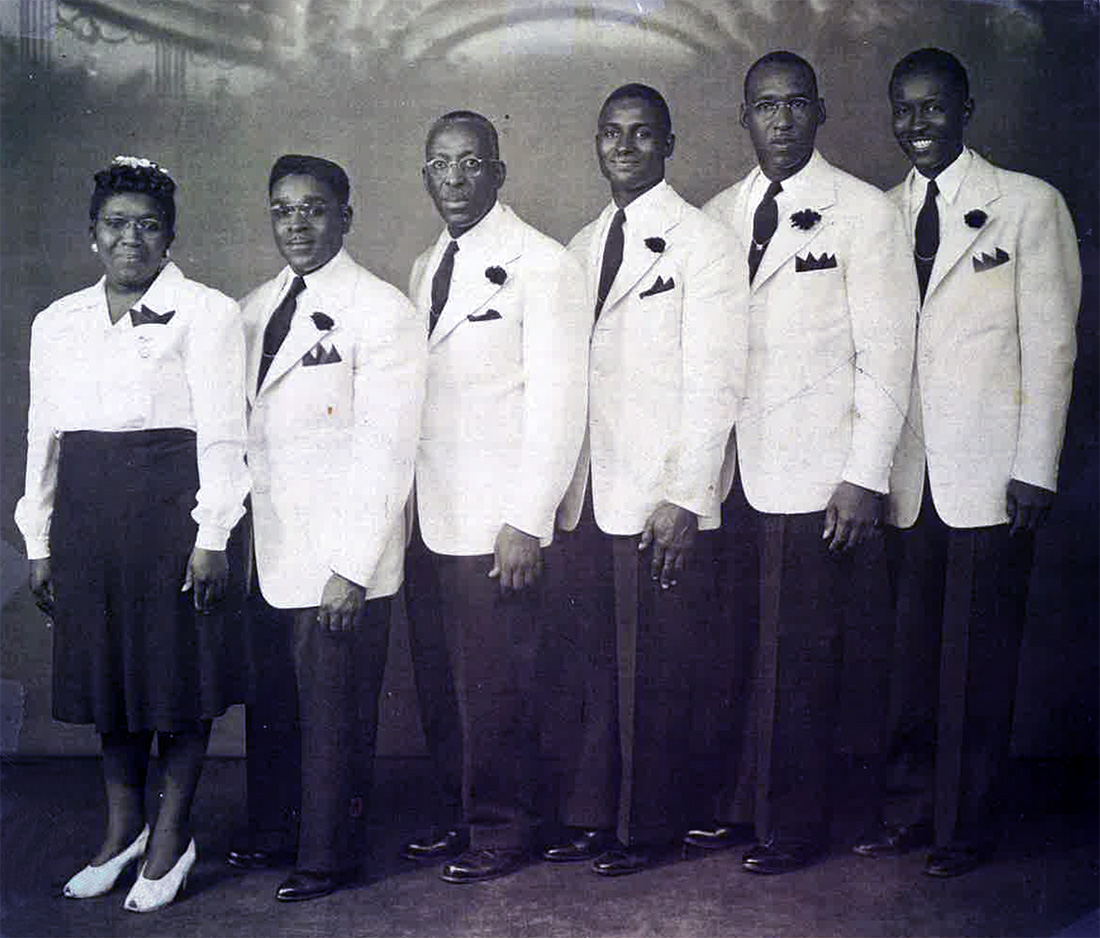 Rev. Freddie Roberson was born June 1, 1909 in Augusta, GA to the late Joe and Veinder Lee Roberson. An ambassador to the Christian ministry for 35 years, Freddie Roberson was raised in Edgefield, SC. He was converted, baptized and joined the Hosanna Baptist Church of Edgefield, SC. The family later moved to Newark, NJ, then settled in Paterson, N.J. He was married November 1934 to Bessie Roberson. To this union one son was born, Ernest.
‍
Rev. Roberson joined the Union Baptist Church, Passaic, NJ under the leadership of the late Rev. T.H. Alexander. He was president of the Sr. Choir, Church Deacon, and church clerk. He also sang with the Pilgrim Jubilee Gospel singers.
‍
He was called into the ministry in 1950. He was founder of the Storefront Mission Church in 1951. In the year 1952, the mission moved to Water St., Paterson, NJ and was renamed Christ Temple Baptist Church, where he was ordained. As God blessed with additional members they relocated to North First Street. God was continuously blessing the ministry and membership grew. Pastor Roberson saw the vision for a larger edifice. He then moved his congregation to its present location.

Rev. Roberson was also involved in many religious activities. He was 1st Vice Moderator of the Shiloh Baptist Association. Past President of the Paterson Pastor's Workshop, Devotional Chairman of the Baptist Ministers Conference of Newark and Vicinity, Chairman of Foreign Mission Shiloh Baptist Association, member of the Hampton University Ministers Conference, General Baptist State Convention, National Baptist Convention and N.A.A.C.P.

Rev. Roberson has been an inspiration to his home, church, and community. His ministry and teaching has been a definite reality in our times leaving a great impact upon the lives of those who knew him. A prince of preachers, counselor extraordinaire, preacher's preacher, master teacher, and a pastor's pastor, but most of all a Saint of the Most High God.

Dr. Gregory C. Turner was a native of Baltimore, Maryland. He was the son of the late Rev. Dr. Stuart C. and the late Evetta B. Turner. He was married to Denyse Haynes-Turner, and to this marriage, God blessed Dr. and Mrs. Turner with two lovely children, daughter, Shaunda Carlise and·son Sean Darnell-Carlton, daughter-in-law, Judia Nicole, granddaughter, Dominque S. T. Turner, and grandson, Sean J. C. Turner.
‍
At an early age, he was converted and received Christ as his Personal Savior under the Pastorate of his father Dr. Stuart C. Turner. In 1974 he was licensed to preach and was ordained in 1975.
‍
Dr. Turner was a refined, finished product of the Baltimore City Public Schools. He matriculated through the maze of academic and scholastic achievement at the following institutions:

Always recognizing that ninety-nine and one half would not do, he sought to reach one hundred, and sought to maximize the fullness of his potential. That which God had manifested in him, had assisted him in obtaining the following:

Through his commitment to improve the quality of life for all mankind, Dr. Turner had been involved as a church and community leader, and a civil rights activist. He received numerous civic awards for his accomplishments and was affiliated with several organizations. He has served the Paterson N.A.A.C.P. as an Executive Board Member, The Shiloh Baptist Association as General Secretary, Treasurer for the Congress of National Black Churches Paterson New Jersey Affiliate, The African American Political Action Committee as Convener and Chairperson, Hampton University Ministries Conference Executive Board, and The Association for Sickle Cell Services Education Research and Treatment Executive Board. Past affiliations included The Paterson Pastors Workshop, Chaplain for the African American Law Enforcement Association, Chaplain for the City of Paterson Fire Department, Chairperson and Executive Board Member for the Mayor's Task Force on Crime and Drugs, Baptist Ministers Conference Newark and Vicinity, Metropolitan Ecumenical Ministries, National Council of Churches, New Jersey Council of Churches, a participating Pastor of the National Baptist Convention, USA., Inc. and Executive Board Member for the Hampton University Ministers Conference. Dr. Turner had served as guest lecturer at various institutions of higher education including the Passaic County Community College and the University of Medicine and Dentistry, Newark, New Jersey.

Under the leadership of Dr. Turner, Christ Temple had been successful with the development of outreach ministries. These ministries extended the work beyond the church out into the community. Dr. Turner had inspired his church to minister to the spiritual as well as the physical needs of the unchurched. 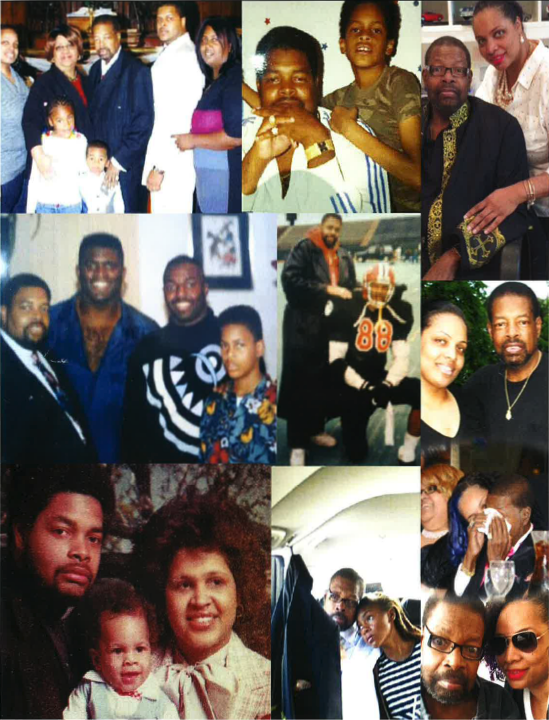 Rev Turner with family and friends